Since 1974 there have been major changes in the UK workforce, 3 million manufacturing jobs have disappeared while the service sector has grown from under two thirds to over three quarters of UK employment.

Whilst the number of higher risk occupations may be decreasing, health and safety is still not an issue to ignore.  Safety has traditionally been the focus when we refer to ‘health and safety’ and the health risks can often be neglected. Driven by the HSE there is now a greater focus on the health issues at work, which relate to all sectors.

With more people employed in low activity occupations the health risks associated with this are now becoming more of a concern. A recent study of office workers found that 45% of female employees and 37% of men spend less than 30 minutes a day on their feet at work.

This may be an issue to consider if you are desk bound and are one of the above 45 and 37 percent. So what can we do about it? By the nature of the work it may appear that there is little we can do about it, but there are a few simple ways that we can encourage employees to move more.

Company director at Thorn Warehouse Ltd has been jailed for 12 months.

A company director has been jailed for 12-months following the death of one of his workers.

Father-of-three Paul Williamson, who was 51 years old, died on 29 January 2014 when a remote controlled Mobile Elevated Working Platform (MEWP) he was loading on to a truck fell from the ramps and crushed him.

Manchester Crown Court heard how Paul Williamson had not been adequately trained on the use of the ramps, the lorry and the MEWP. There was no risk assessment in place and no safe system of work had been created for the equipment, which had only been in operation for eight days.

The gradient of the ramps were above the manufacturer’s specification and they were not secured to the lorry. As the MEWP, a Spider 1800, was loaded onto the truck it toppled off the ramps on to Paul Williamson.

Supermarket chain Tesco has been fined after health and safety breaches led to a worker falling through a skylight.

The employee of Tesco Maintenance Ltd was lucky to suffer only minor injuries after falling 30 feet through a fragile skylight onto the trading area floor of the Tesco Liscard Express store in Liscard Village, Wallasey, on the 13th June 2014.

Liverpool Crown Court heard that the worker was part of a team carrying out repairs to the roof and gutters of the store when the incident occurred.

Tesco Maintenance Ltd and Tesco Stores Ltd were prosecuted by the Health and Safety Executive (HSE) after an investigation found that no risk assessment or method statement had been produced prior to carrying out the work. The fragile skylights should have been identified and precautions taken but Tesco Maintenance Ltd had received no information relating to the fragility of the roof from their client Tesco Stores Ltd.

Tesco Stores Ltd of Tesco House, Shire Park, Kestrel Way, Welwyn Garden City, pleaded guilty to breaching Section 3 (1) of the Health and Safety at Work etc. Act 1974 and Regulation 10 of the Construction (Design and Management) Regulations 2007 and was fined £200,000 with £712.70 costs

A Bolton night club owner has been sentenced after admitting a failure to carry out a survey for asbestos before starting on the refurbishment of a local night club.

Manchester Magistrates’ court heard how UK Night Life Limited and its sole director, Charles John McGrath, undertook the management of a refurbishment project between 1 August and 12 August 2015 on The Level nightclub, Mawdsley Street, Bolton without an experienced contractor in place to manage the site. Up to 20 workers were potentially exposed to deadly asbestos fibres in order for the club to open in time for Fresher’s week and an influx of students to the club.

In his summing up, District Judge Sanders remarked that Mr McGrath had chosen to rush through the works with unqualified and inexperienced people running the site on a day-to-day basis. He went on to say that it was clear that these offences amounted to a ‘degree of cost cutting at the expense of safety’.

A Buckinghamshire delivery firm has been fined after a driver suffered life changing injuries when he was hit by a reversing fork-lift truck.

Delivered UK Ltd was prosecuted by the Health and Safety Executive after the incident on 2 September 2014 at their depot in Ajax Avenue in Slough.

Reading Crown Court heard how the delivery driver who was working for an agency, was pushing a trolley containing parcels along the side of the building between the wall and a row of delivery vehicles.  When he reached the end of the row of vehicles a fork lift truck which was operating near an entrance to the building reversed out of the shutter door, striking him and trapping his foot in the rear wheel.

The worker sustained fractures and crush injuries to his left foot and leg and spent five weeks in hospital following the incident. Five months later he required an operation to amputate his left leg below the knee.

The HSE investigation found that at the point where the fork lift truck entered and exited the building there was no barrier in place to prevent collision with pedestrians, neither was the yard organised in such a way as to allow safe pedestrian access to vehicles that were parked on the other side of the yard. The company’s risk assessments for unloading/loading of vehicles and the use of forklift trucks all failed to consider the use of physical barriers to segregate pedestrians from vehicles. An improvement notice was served and the company has now made the necessary changes to enable pedestrians and vehicles to circulate safely.

On Face Fit testing for a limited time only!

E-leaning makes it easier to meet your Heatlh and Safety training needs and only pay for what you need!

Choose when you want to learn and for how long with no need to travel! 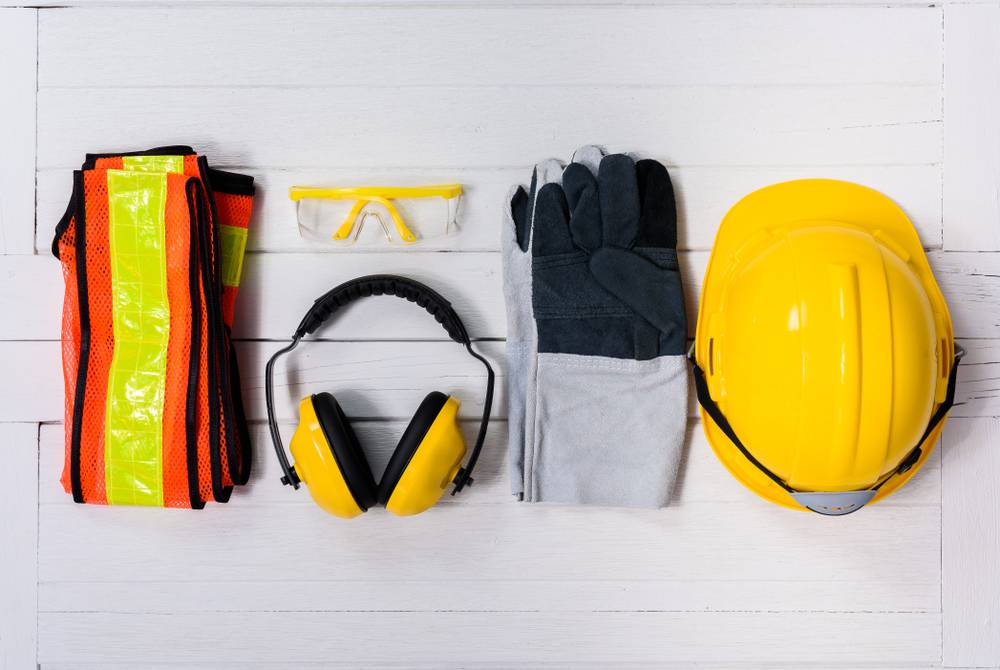 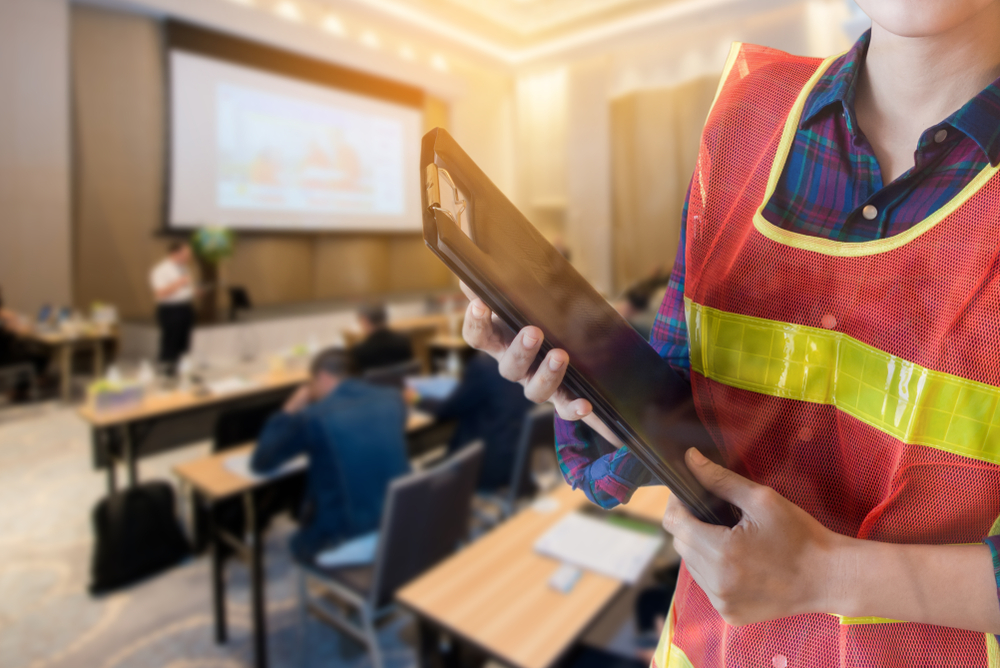 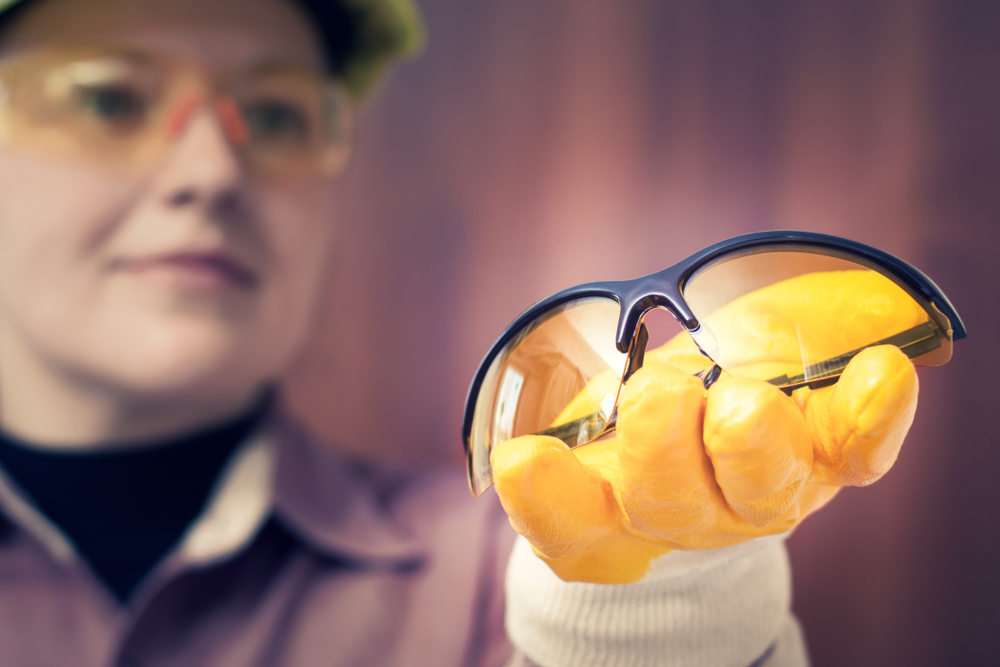 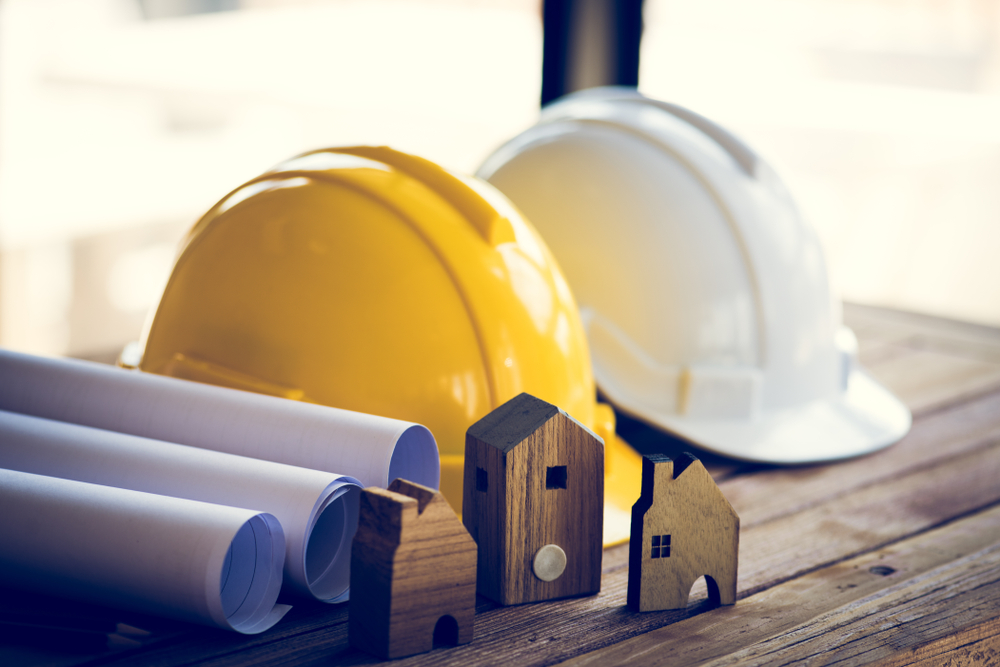 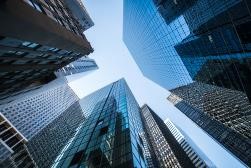 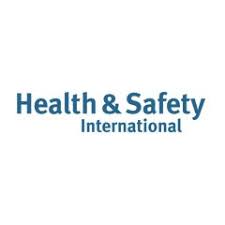 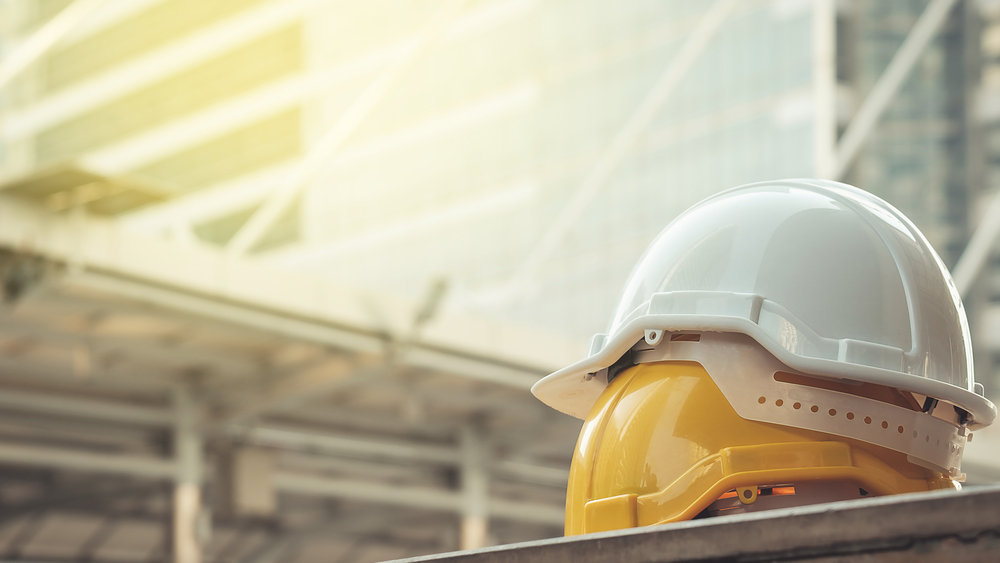 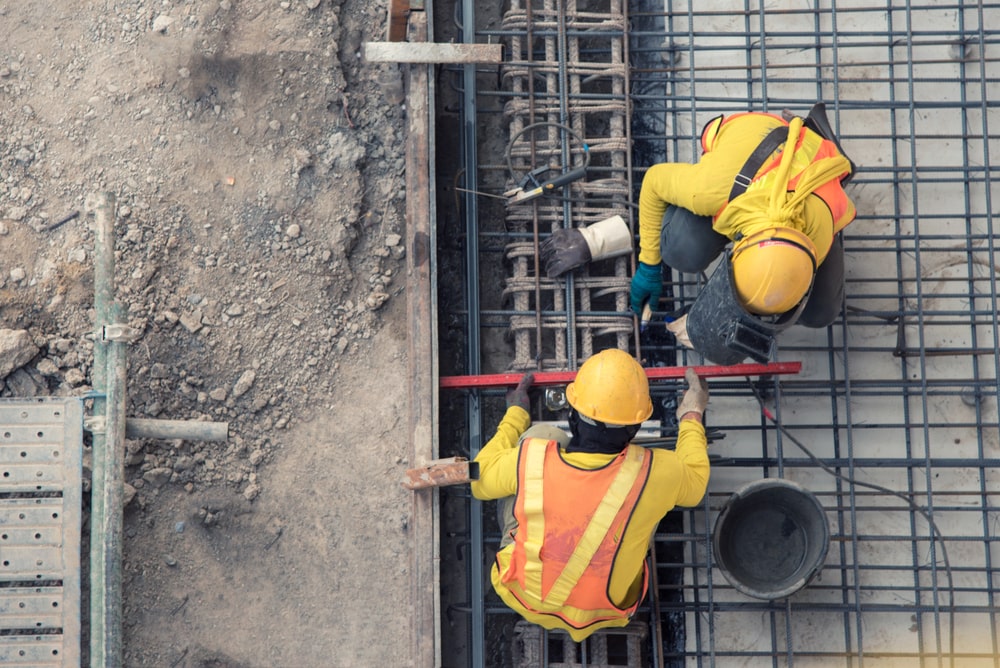 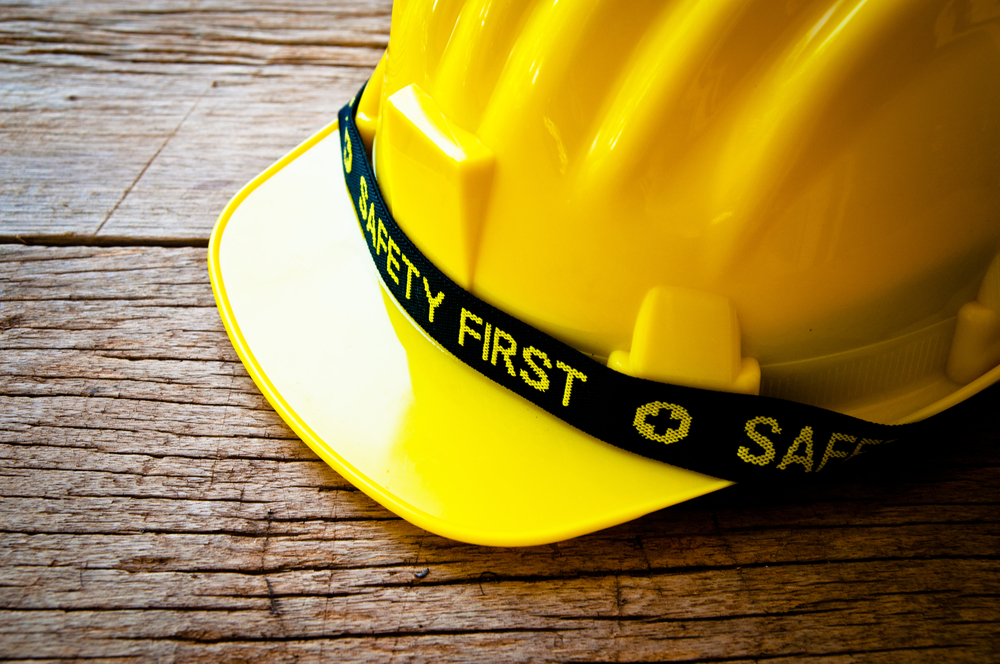 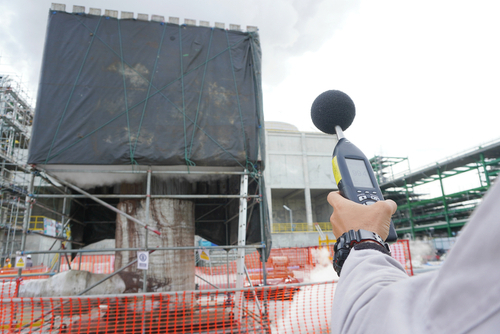 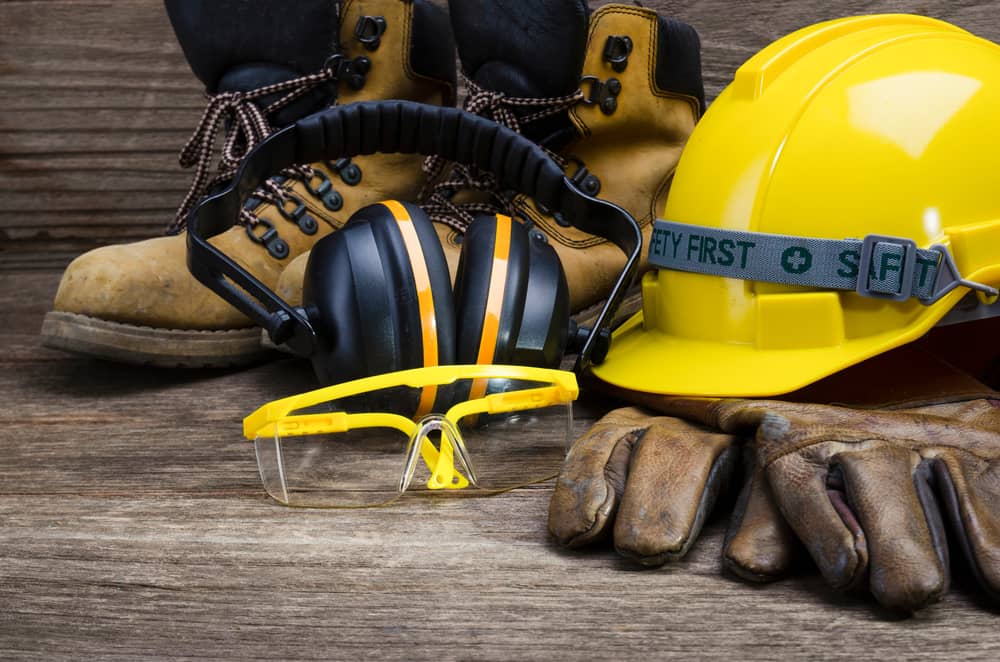